Elegant Bridal Productions | Register Free for Any Show At 888.427.4339
Skip to content
10 Best Wedding Movies in the History

10 Best Wedding Movies in the History 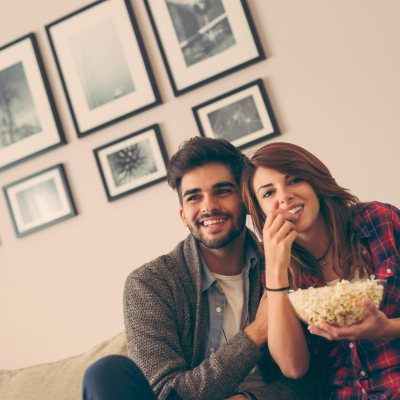 It is a well-known fact that people like movies about weddings. Well, most people, but still. Why is that? They’re usually romantic comedies that are fun and easy to watch, they have a happy ending and if you’re not a moody person, you’ll certainly want to enjoy yourself with a good wedding movie. Wedding movies are, of course, not a genre, but there are a lot of movies that are focused on weddings, despite – obviously – having a bigger plot at work.

Because of the popularity of such movies and the fact that people generally like them, we have decided to make a list of the 10 best wedding-themed movies in history so that you can enjoy yourselves while you’re in the mood for one. Here they are:

Four Weddings and a Funeral is not just the best movie on this list, it is also one of the pivotal romantic comedies of the modern era. Mike Newell’s movie (the director behind Harry Potter and the Goblet of Fire) starring Hugh Grant and Andie MacDowell is a wonderful piece of romance and good comedy that is often cited as one of the best in its genre and its time. If you haven’t seen this movie, we strongly advise you to do it as soon as possible as you won’t be able to find a much better writer for such films than the legendary Richard Curtis.

The movie that made Dustin Hoffman a legend, Mike Nichols’ bittersweet drama The Graduate is one of the most important movies in history. The movie pierced through censorship rules in the late 1960s and the story of a young graduate who enters into a passionate affair with the mother of his girlfriend/fiancée/future wife became an instant hit. With brilliant music written and performed by Simon & Garfunkel, two absolute legends, The Graduate is another must-see classic that deserves a spot not just on this list, but also on many others.

There is probably no person on Earth that hasn’t at least heard of My Big Fat Greek Wedding if they have not seen it yet. Another true classic of the rom-com genre, My Big Fat Greek Wedding captured the hearts of people around the world due to its brilliant and humorous portrayal of the cultural differences surrounding love and marriage. This is an absolute must-see and a movie you cannot skip, probably even if you wanted to. A sequel was also made, although it never achieved the prominence of the first movie, we advise you to watch both as to complete the story.

The Best Man is a very interesting comedy/drama about two friends who confront the wild secrets of their university days just before the wedding of one of them. This movie was directed by Malcolm D. Lee, who is probably better known for being Spike Lee’s brother than for anything else, but has made a very interesting and appealing movie that certainly had to land a spot on our list as one of the more interesting wedding-themed movies out there.

Although Lulu Wang’s emotional dramedy is about a fake wedding, we still had to include it as one of the better examples of Oriental cinematography in recent years. The film tells the story of Billi’s return to her family in Mainland China under the guise of a false wedding so she could come and say goodbye to her beloved grandmother Nai Nai, who is dying of cancer but is the only one in the family that doesn’t know that, as the family decided to keep it a secret from her. It’s a truly emotional story and although the wedding is just a trick, we still wanted the movie on our list.

And with this, we come back to the legendary Richard Curtis, who not only wrote this movie but also directed it. Love Actually is more of a holiday classic (and an essential one at that) but it begins with one of the best wedding scenes in the history of cinema. A star cast and the central theme of love are what makes Love Actually an amazing movie and we certainly think that you have to add it to your watchlist.

Herbert Ross’ amazing film is one that can boast one of the best female casts in the history of cinema. Sally Field, Dolly Parton, Julia Roberts, and Shirley MacLaine all appear in this movie that has certainly become an irreplaceable classic that deserves all the attention it can get. Ross and the cast did an amazing job and we strongly recommend this movie if you haven’t seen it already.

And while this movie is more about the love of two women in 18th century France than about marriage, Sciamma’s period drama wonderfully describes the difference between love and marriage, especially if you look at the historical context. And while the movie might be a historical perspective, it is still beautiful in every way and a must-see drama that is going to mesmerize you completely.

We had to include a classic movie on the list and Stanley Donen’s 1951 hit is certainly a good movie to list. With the amazing Fred Astaire and Jane Powell, The Royal Wedding brings us enough fun, entertainment, and glamour to be considered as a true classic when wedding-themed movies are concerned.

Todd Philipps redefined part of the modern comedy genre with his crazy trilogy that is beloved around the world. Although only Hangover and Hangover II have a wedding theme in them, we recommend the whole trilogy because of its great cast and its revolutionary approach, despite the fact that the last movie was not received so well as the first two.

And with this, we conclude our list. Wedding movies are always fun to watch and we have made a thorough effort to bring you ten suggestions you’ll absolutely love so you’re welcome in advance. If you haven’t seen some of the titles from our list you should definitely hurry up and do it and if you have, well – there’s always a second time. Be sure to keep following us for more of the same and see you next time!